I wasn’t in love with the iPad – this doesn’t mean I won’t get one some day – but I was a little disappointed. Read my iPad review over at SlyMiser.

Share your comments there. Are you getting one? Let us know.

(It’s sort of Apple Day over at SlyMiser – because I also have an AppleCare review running today). 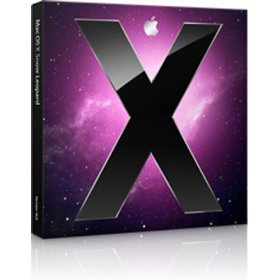 I love that the upcoming version of OS X  for the Mac, 10.6 Snow Leopard, is available for the dirt cheap price of $29 to upgrade. The family pack that allows you to upgrade up to 5 computers in a household is $49.

The new operating system has been promoted as a refinement of Leopard as opposed to an entire new OS. Focused on improvements as opposed to new features. 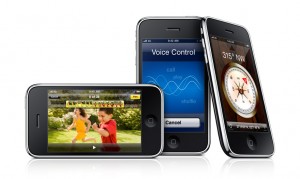 The folks at Joy of Tech are having some fun at Lauren’s expense. Funny.
Check out the site, they have other funny stuff there.

Finally Microsoft is running an effective ad campaign. If you haven’t seen it, Lauren (cute redhead too) is given $1,000 to buy a computer. She wants it to have a large monitor and a comfortable keyboard. First she heads to an Apple store and immediately leaves when she realizes that Apple has one computer in that price range – the Macbook with a 13″ screen. She then heads over the Best Buy where she finds an number of machines that fit her price range and leaves with an HP that costs $699.

I have to say that this commercial is smart. If you need to buy a computer, absolutely price is a concern, and considering nothing else, it’s an area that Macs can’t compete in. Of course there are other issues. I’m currently writing this post on my wife’s Sony Vaio laptop which is just a year and a half old. I would have preferred to buy a Mac for her, but a month prior to getting married, the price of a Mac was prohibitive. She needed a computer to get things done, so I got her this computer for $600. It has gotten things done, but there is the “you get what you pay for” issue. Most of the time we’ve owned this machine, this computer has been a pain to use. Vista was horrible. The amount of call trialware on the computer was appalling. Over the year Microsoft has made Vista better, and I’ve done things to make the computer bearable. Honestly most people don’t care that much. They don’t expect much out of their computer which makes a Windows machine perfect for them.

Apple need to do a better job at the low end of the price spectrum. There is absolutely no reason Apple shouldn’t be able to provide a Macbook with a 15″ monitor for under $1,000. As people begin to pay more attention to their budget and bottom line, the extra dollars may be too much for their wallet. Apple needs to be more inclusive.