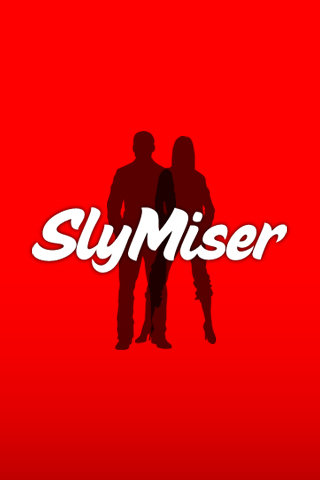 A few months ago some friends and I decided there needed to be a place for people who wanted to live their lives in the fashion they were accustomed to without breaking the bank. We couldn’t find one that we liked, so we decided to create one.

Coming this fall our new website, SlyMiser.com will offer tips, reviews, and articles on how to live your life in style without breaking the bank.

Visit our site and become our fan on Facebook – we’ll be offering tips and breaking news there until the site is up and running this fall.

I worry about having co-workers as Facebook friends. In this stream of  consciousness, voyeuristic world – I don’t know that I want people I don’t know all that well to hear my inner most thoughts. I try and convince myself that I’m not embarrassed about my beliefs and my thoughts, but honestly a passing status change or Tweet are not enough for someone to determine who I am as a person, and I may be embarrassed at how they interpreted my thoughts.

I say all that because yesterday a Eagles game day worker was fired for posting the following on his Facebook page:

I believe Dan deserved punishment, but the punishment seems out of line with the crime. I remind you that on Facebook, only those people who are your friends can see you posts (assuming that Dan didn’t have his page visible to everyone). The few people that could have seen what Dan wrote would have been limited if the Eagles had handled this with a little more deftness. Because they fired him, his comments have become much more read than if they had addressed them more appropriately. But again, he deserved to be punished – and if he hadn’t have done something so stupid, he wouldn’t be where he is.

Why? Apparently Dan had Eagles’ management as friends. At then end they’re not your friends – they’re your managers.

I decided to make some edits to my Facebook account a few weeks ago. I want to use it the way it’s supposed to be use – I vent there – I rant there – I say things meant for the eyes of people who know me well enough to have a filter. But I know there are people there who are barely  acquaintances and don’t know me well enough to understand and empathize. At the end of the day we all say things to get a reaction. What you don’t want is for the people listening to have any power over you and be able to react by exerting their control over your life.

At the very least here’s my recommendation to you – manage who your friends are very carefully.  Facebook is a great place to keep up and find friends from the past, but it’s also a place where many people share quite a bit of personal detail. A few thoughts:

Facebook is only cool until it costs you a job. So be careful.

So we’ve had Verizon’s FiOS service for a little over a year (actually it’s a year for their Internet service and about 9 months for TV). So here are 5 things I love and hate about the service:

5 Things I love about Verizon FiOS:

And in the spirit of fair and balanced reporting
5 things I hate about Verizon FiOS:
All in all, I highly recommend the service.  It’s had a great start, and it’s sure to get better. And best of all – you get to call Comcast and cancel – what could be worth more?

I love Google.   Every day there is something new from them, and chances are, they’ll do it better.   The old rule of taking something and improving it by 10%.   Yahoo! was firs in search, Google took it and did it better.   There are many RSS readers, but I really like Google Reader.   (I don’t love Gmail, but they’re allowed one pass).

Anyway,   if you keep your eyes on the Google Labs – that’s where you’ll find a lot of the things they’re testing.   One such thing is Google’s Voice Local Search or as we all know it, directory assistance.   Call the Google 411 number 1-800-GOOG-411 (1-800-466-4411), tell the system what you’re looking for, and it will either dial the selected number or offer you other listings.   And it works pretty well.

So what’s the big deal?   It’s free.     My directory assistance on my mobile phone costs about 99 cents per call.   This, you can use all the time and get charged nothing more than your airtime charges.

A news story going around today about Microsoft suing people to stop what’s called typosquatting (this is when a site is spelled on a common typo – such as Yaho.com instead of Yahoo.com).

I guess when you’re a monopoly, the idea of a company making money without you sharing it with them is unfathomable. Microsoft is sort of like the mob that way.

Part of me agrees that the practice of typosquatting is shady, but is it trademark infringement? Isn’t this the same as moving next door to the most popular store on the block in an attempt to increase the sales in your own store? Or positioning lower selling products on a shelf next to more popular products. It’s an attempt to draft off of the popularity of a more popular brand – and this has been around forever. Someone will say “but people accidentally go to the URL because of the typo and this is misleading.” Is it? They typed in the wrong URL and were sent to the site they requested.
If Microsoft wants to prevent this, then buy the URL, but otherwise if the site in question isn’t using the copyrighted material of Microsoft and it’s not doing something illegal, then it’s free game.

BTW – the following is from Wikipedia’s article on typosquatting:

Microsoft’s Internet Explorer automatically redirects users’ mistyped URL queries to their MSN Search page. Though a user can reconfigure their browser to use a different search tool, Google, one of MSN’s biggest rivals, is not in the list. However, on their web site, Google has explained how to make their search engine the IE default for mistyped urls

So in other words, Microsoft uses it’s dominance in the browser world to typosquat themselves.

(All the good titles are gone – Snakes on a Blog, taken. Twists on the title are so April.) 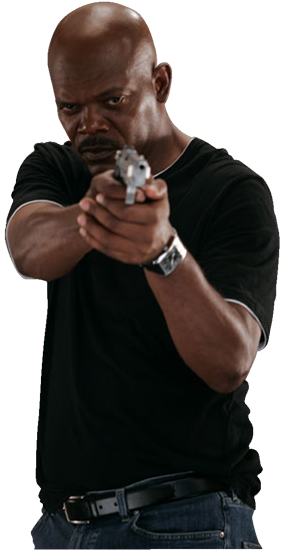 Kristen and I saw the much hyped Snakes on a Plane Saturday night. Expecting huge crowds, we stopped by the theater early to grab tickets, so imagine my surprise when we arrive and the show is not even close to a sellout. The entertainment media is already calling the movie a flop – only taking in $15.2 million dollars – about have the cost to make the movie.

A lot of the stories are claiming that this is an indictment of the blogosphere, buzz marketing, and internet marketing in general. My take is this – New Line Cinema made a mistake in relying soley on the internet and word of mouth marketing to market this movie – yes it’s cheaper, but if they wanted really huge numbers, it would have helped to build on the buzz with a wider broadcast campaign.

That said, this movie is a success because they were able to viably launch a movie without a huge media spend – that really hadn’t been done before. This movie doesn’t even get made without the internet. Media stories stating that SOAP isn’t successful are in part self-serving because they’re the ones that have lost out on ad dollars.

On to the movie – if for some reason you’re expecting this to be an Oscar level film you’ll be dissappointed. SOAP is a summer escapism – think Speed with less IQ. Lot’s of Samuel L., snakes, and laugh out loud lines (intentional and unintentional). Not a good movie, but it lives up to my expectations, and I’m fine with that. If you can’t laugh at yourself, and have an inability to do something totally silly – don’t go.