If you haven’t seen this – it’s hilarious. Daily Show corespondent Jason Jones goes to Iran and in this segment he aims to find out who knows more: Americans about Iran or Iranians about America. The results might surprise you. (Not me though).

I will go on record as always disliking this show and I have never watched a full episode. Still I think I am a good judge of character and I can tell there is a total lack of it in all ends. I am absolutely disgusted with this show, the parents, the network – everyone involved.

The only purpose for this show at this stage is money. The parents can’t stand each other. Their families are beginning to turn on them. The children have to live their life on a stage. Yes, the only reasons for this show to go on is for Kate and TLC to make her money on the backs of their children.

An interesting thing about this whole thing is that even though it’s Jon that may have cheated, it’s Kate that seems to come out on the short end of public opinion. She’s comes off as an aggressively ambitious and pampered woman that has pimped out her family for money. I can not imagine what it would be like to married to her. Not that Jon is blameless in all this – he’s spineless shell of a man and just watches as his family is destroyed. Let’s not forget TLC – they had 8 million viewers this past week, their largest ever audience, to watch Jon & Kate squirm in front of them. It’s the same instinct that causes people to look at accidents on the side of the road.

Let me add to this that the Pennsylvania Department of Labor are stepping in response to a complaint about child labor. It’s about time someone with some common sense step in and do what’s right for the children. The children deserve some sanity.

The best thing that we can for them is not watch. It would take away some of the profit motive as well as affording them some dignity.

But as long as those children help puts the family in large house after large house I have to think there’ll be a network broadcasting them and people willing to watch.

I just stayed up to watch the season finale of 24 and to say I was underwhelmed is to understate it. The producers of 24 have done their best to prove that season 5 was their best by following it with two of their worst – just for the sake of comparison. That it took 2 years to come up with this contrived mess is even sadder.

Who ever it was who had the bright idea to bring Kim Bauer (Elisha Cuthbert) back for the season end should be fired – what did she ever bring to the show other than unintended humor and erect nipples? And the hypocrisy of Jack (Kiefer Sutherland) – to put his daughter above the safety of the country when just a few hours earlier he was telling the President to sacrifice her daughter in very much the same situation.

In the end the biggest problem that 24 has is that they continue to tell the same story – can our heros continue to follow their ethics and their oaths under all levels of personal duress. What if Americans are held hostage? What if it’s your daughter? Etc, etc, blah, blah.

Does anyone out there still have faith – or have you given up? 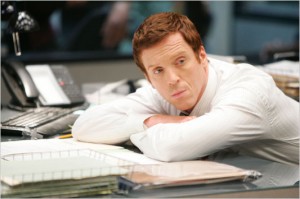 It was all but dead, but yesterday NBC made it official and cancelled Life. A shame. Life deserved better than it got. Inconsistent scheduling; Poor or no advertising; writers strike at the beginning of it’s first season; and worst of all being on the worst network in NBC. It’s amazing that NBC can have critically acclaimed shows like 30 Rock, The Office, Friday Night Lights, Chuck, and Life but can get no one to watch their network.

Part of me understood Life not doing well – it was to say the least quirky. Damian Lewis’ Charlie Crews had more ticks than Yosemite. He was a cop framed for a murder he didn’t commit, released from prison, given millions of dollars in settlement, and a job as a detective. Life probably would have been better off on the USA Network where offbeat series such as Monk, Psych, In Plain Sight, and Burn Notice have thrived under less of a microscope. It’s great for Life fans that the producers wrapped all loose ends in the series finale.

Within the next few weeks the verdict is due Chuck. I’m cautiously optimistic that Chuck will be back. Unlike Life, Chuck has had a steady spot on Monday nights and has had pretty decent advertising support. It’s just another quirky show – and on a network who’s big series next year is Jay Leno 5 nights a week at 10, quirky isn’t good.

There’s this belief that the British are somehow less moronic than Americans. (I’m not saying that Americans aren’t morons – I’m just challenging the notion that they’re smarter than us.) Then the story of a disabled children’s show host comes along. Cerrie Burnell is the host to two children shows on BBC. Burnell was born without a right hand and this has led to complaints to the BBC and on the internet. My favorite is the following:

In one chat room, a father lamented that Burnell being on the show forced him to have conversations with his child about disabilities

Oh the humanity.  Being forced to talk to one’s kids about something other than Big Brother.