When Breaking Bad debuted 3 years ago, I heard and ignored all of the accolades and all the recommendations from friends. Recently though, we decided to go through an intense round of Breaking Bad to catch up. Two seasons in about a month.

I’ve done this before with other series, but Breaking Bad is as intense a show as I’ve ever seen, so watching this many episodes in such a short period of time is mentally exhausting. At the beginning of season 1 and into season 2, Breaking Bad seemed to be a weekly expose on how to suck at being a drug dealer. As season 2 has progressed, it’s become much more character driven and dealt with some weighty themes. Walt’s sinister side. Jesse’s vulnerability. Cause and effect. The thin line between good and bad.

Some of these episodes require a break after watching, but we’ll power through so that we’re all caught up in time for season 4 to begin on July 17, 2011.

I may need a Valium by then.

After all these years of Lost, I’m annoyed at my fellow fans. Obviously last night’s episode Across the Sea was important to the overall story and covered facts that needed to be told. As such it was an transitional episode – an episode that sets up the next few episodes.

I think after all this time the producers of Lost deserve our loyalty, our faith. I’m reserving judgement until the story is told and not until then.

As for the episode. It is very apparent to me that Locke and Jack are Jacob and his brother. The scene where MIB tells Jacob that he has found a way off he island and Jacob responds that he doesn’t want to leave the island – that the island was his home – that’s a scene that Jack and Locke did earlier in the series. Man of Faith, Man of Science.

Also, I found it interesting that the two brothers were conceived off the island and born there. The protector can’t be conceived on the island – this is the reason for the fertility experiments (led by Ben who is aligned with Jacob) and ultimately why Jacob goes to find his replacement off the island.

Also – did you notice that CJ (Alison Janey) was killed by MIB without her saying a word?

One thing I didn’t like was the end, after the death of CJ and MIB, when Jacob arranges them in the cave, where the directors showed Jack and Kate finding their bodies years later. Lost is generally good at not making such overt hints – they reward their most attentive, faithful watchers and give them much more credit than this. That was the sort of thing that we would have figured out, but obviously it was so important we couldn’t be trusted not to catch it.

What were your thoughts?

Posted via web from iamspencer’s posterous 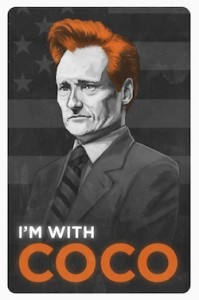 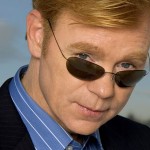 This is promoted as a “flash” mob – but it’s more like a “meticulously planned and choreographed” mob. Anyway the second night of Bollywood Hero appears on IFC tonight. And yes, it features music by Michael Penn.