A few of my favorite tweets from tonight’s Grammys. And yes, I included a couple of my own. 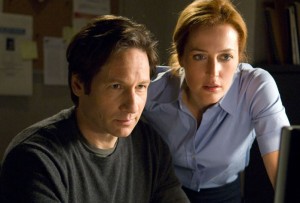 It’s been hard to build up excitement for this movie since they really didn’t promote it much. I knew it was coming, but there was so little advertising, that I thought it might have been moved.     It probably should have been – so it wouldn’t have to face Dark Knight.   I hoped it would do well enough to warrant another sequel in 2012 but it didn’t fare too well.   At least it didn’t cost much to make.

First off, if you’re not a fan, X-Files will be an easy watch for you. There aren’t any aliens or black oil, for lack of a better comparison, it was essentially a weird procedural. Basic story is Mulder and Scully on the chase after bad guys. Yes, Mulder does lose his phone at some point and light is shed on their relationship, but the focus is on the bad guys. That said, it’s hard to recommend this movie to the non-fan. If your significant other is a big fan, you’ll easily follow the story, but I think having some X-Files history under your belt does make the movie more enjoyable. Mulder’s obsession with believing and trust; Scully’s internal conflict between science and religion – all come into play in this movie and adds more layers to the proceedings. So all said:

X-Files: I Want to Believe: if you’re a fan, catch it in the theater, if you’re not, catch it on cable.

BTW – fans should stay to the end of the credits.

I usually don’t like gross out comedies, but I really liked the first Harold and Kumar – thought it had a little smartness to it, and it had a great turn from Doogie Howser himself, Neil Patrick Harris (you think How I Met Your Mother’s Barney is bad – wait until you see him playing himself).

Anyway – Harold and Kumar Escape from Guantanamo Bay is in theaters April 25.

I cannot believe that there is a George Bush movie in the making. It will start filming on April 21 starring Josh Brolin as the President and James Cromwell as senior. Apparently it covers just how the shrub became President regardless of having a less than stellar career (hasn’t improved once becoming President). It will be directed by Oliver Stone if you’re wondering if it will be fair and balanced. Here’s the internal positioning statement:

W is the improbable story of a man who went to the White House despite getting fewer votes than his opponent; who became commander-in-chief despite having avoided military combat himself; and who became the least popular president ever to be elected to a second term. W will shock and surprise you and leave you questioning everything you believe to be true.

I don’t know how long this feature is for the world. It’s easy, but I’m realizing I just don’t like movies. The following trailer, is just a teaser trailer, but it’s of note because it’s about Tropic Thunder – a comedy starring Ben Stiller. You might have heard about this movie because it stars Robert Downey Jr. – playing a black man (actually he plays a white actor who plays a black actor). He’s in the middle in the picture to the left – better than C. Thomas Howell.

Thanks to my friend Melissa who sent this to me. It’s a documentary about the closing of small-businesses as big-box stores take over and what that does to the community. It’s not at the theater – you have to order a DVD – but it seems like an interesting watch. The DVD is $16.95 and is available at the movie’s site.

The movie is called Twilight Becomes Night. The filmaker is Virginie-Alvine Perrette.