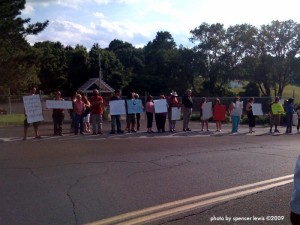 So a state investigation has ruled that the Valley Swim Club in Montgomery County, PA did discriminate against 56 black and Hispanic children when they cancelled their agreement to swim at the club. The findings state that racial comments by members led to the canceling of the contract. In addition to having to return the contract fee, they were fined $50,000.

I notice that the report says of out of 334 members of the club, not one is black. They tried to hide this fact earlier in the summer saying they did have minority members. Maybe they were counting the landscapers (I’m not stereotyping, when I was there I did see black landscapers).

I have to say it couldn’t happen to nicer folks. I hope their club goes bankrupt and the members have to swim at a public pool.