Michael Jackson was a person of a specific time and place. From little Michael to Billy Jean 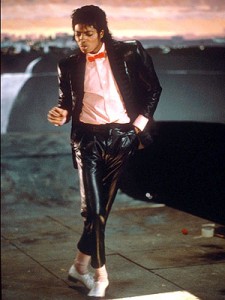 Michael – there is probably no one else that I associate with the late 70’s to the mid 80’s than Michael. Right now MTV is running Michael Jackson videos all night long as if to say “thank you, because without you, we don’t exist.” If he didn’t invent MTV, he certainly made it viable.

I grew up listening to the music of the Jackson 5 and then the music of Michael Jackson. I remember hearing “Ben” on the radio when I was a child. Off the Wall came out when I was in middle school, and nothing seemed bigger than that – until Thriller was released. When I hear people say they’re not fans – I don’t think they realize that in that day and age, there wasn’t a choice. I’m sure even the punks looked at him perform the moonwalk and wondered how. Some things you don’t love or hate – they simply are a part of the fabric. This was Michael Jackson.

I know that in recent years Michael grew more eccentric and the allegations of child molestation forever took the gloss off of his image, but that doesn’t take away from what he did as an entertainer. His contributions are just too great for that.

I’m still shocked at today’s news, but I’m not surprised it happened – if that makes sense. Michael 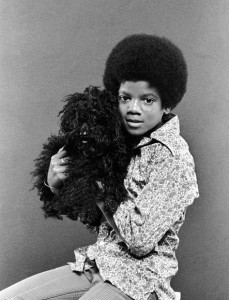 was my generation’s Elvis, and as such we probably should have expected that we would leave too early. The decent into the Michael of the past few years only serves as to provide a stark comparison to what he once was. And just like Elvis, they will be playing his music for generations.

Thank you Michael for providing a soundtrack for my childhood.